We see a lot of 3d printing vocabulary terms and we don’t know many of their definitions. There are a lot of words such as extrusion, curing, bed leveling, elephant’s foot, RepRap, retraction, warping, electroplating, and many more.

New or intermediate users may find these terms difficult to understand. Such understanding complexities of 3d printing vocabulary terms limits their printing ability to a greater extent.

This article purely focuses on making those 3d printing terms easy for everyone.

However, this term is widely used in industrial 3d printing aspects rather than in any personalized 3d printing hobby.

Additive manufacturing or 3d printing was first introduced in 1980 but, only for manufacturing aesthetic prototypes. However, the process became popular and under personal budget gradually after it evolved with different raw materials.

These are the four types of 3d printing technology. The FDM printers use plastic filaments as raw material then melt it and work through the high-temperature extruder nozzle. Usually, FDM printers are bigger than the SLA printer and suitable for flexible design.

SLA printers are most suitable for making miniatures or action figures that need accuracy and details most.

SLA printers are cheaper than FDM printers but their unit cost is higher due to the use of liquid resin as a raw material. The notable difference is that the SLA printers make use of UV lights at the final stage of printing which makes all layers into a single layer. It helps to remove any layer line marks from the 3d print object.

FDM printers use plastic filaments to make a 3d print. They use hot extrusion and build any object layer after layer. There is no use of UV light in FDM printers so, their finishing may be as not as accurate as the SLA printers. However, post-processing techniques can also make FDM prints looks awesome.

There are two other 3d printing technologies of 3d printing (SLS and Piston) mainly for industrial use.

Here is a short summary of the four 3d printing mechanisms.

Bed leveling is another important 3d printing term. It represents adjusting the build plate of your FDM 3d printers so that the nozzle/extruder can work properly. Most good 3d printer comes with an automatic leveling feature that does not need your intervention while printing. However, sometimes it needs your help when there is not enough space between the bed and the extruder. If this is the scenario, the printer will make a clicking noise and you need to manually level the print bed.

Print Bed or Build plate is the surface where the 3d prints are built. There are many types of build plate such as magnetic and glass build plate.

The Bowden extruder does not hold a stepper motor but a direct drive needs to. A stepper motor helps to push the filaments into the hot end as per the requirements of the speed of the 3d print.

You may need to be careful about the dust clogged into the extruder. Such a problem can make a clicking noise while printing. In that case, you may either need to clean it or for a better experience, use a filament cleaner instead. 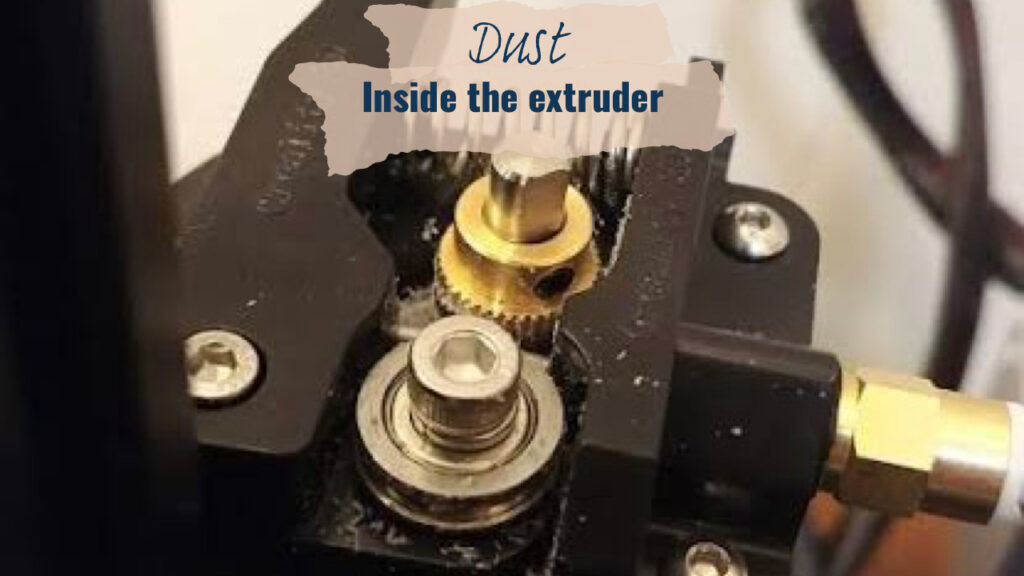 The enclosure is a 3d printing vocabulary that represents a box or something to cover or wrap the 3d printer. Usually, an enclosure helps to reduce 3d printing noise and protects the outside environment from any fire hazards.

Usually, people use metal enclosures most. But, there is also a fireproof cloth enclosure that serves the purpose to an average level.

One thing you need to keep in mind is that you do not need an enclosure for Resin Printers as they come up with a pre-build enclosure.

Some FDM printers do also come with enclosures but not everyone. Please check the descriptions properly before placing the order. 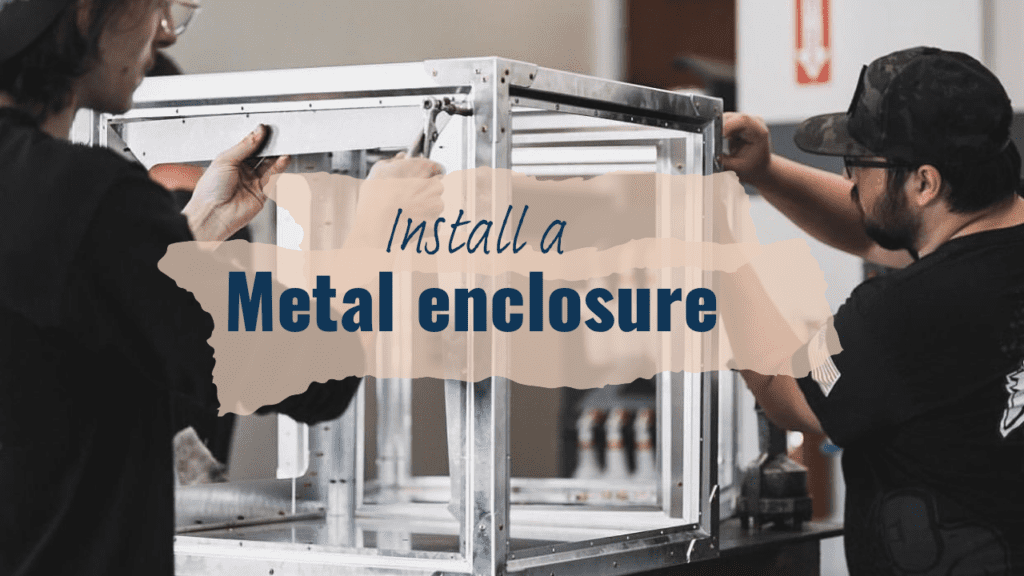 This 3d printing term represents computer software to design 3d prints. Earlier we published an article on CAD that explains the step to finish a 3d print design with some complementary 3d models to try out.

There is both free and paid version of CAD. Most of the time, the basic works require a free CAD unless you are in a too complex 3d printing job.

However, you need to import the CAD files into the 3d printing operating system (Slicer) and proceed forward to print. Some 3d print slicers may require CAD to convert into their own format.

But, Makerbot does not need it because of their own 3d print workflow system, CloudPrint 2.0 does not require any conversion of native CAD files.

This 3d print term (curing) means applying UV light and (or) heat to strengthen the SLA resin 3d prints. Usually, curing helps to build extra strength of resin prints and such a process does not have any functionality in FDM printers.

Curing is a wide 3d printing term but, is particularly related to strengthening the 3d prints of active infill on figures or miniatures.

You need to start the curing process by heating the 3d print. After that, the UV light will take the place to build a strong bond between each layer of that particular resin 3d print.

Infill density is the strength inside of any 3d print. Normally infill / inner density depends on the 3d print design but, for better strength, there should be an infill density of at least 20 to 25 percent.

Some people may print at 40% infill depending on the structure.

To make it easy, a 0% infill represents a complete hollow structure and a 100% infill is fully solid and has no space in between the sidewalls.

What does it mean by warping in 3d printing vocabulary?

If any part of the 3d print cools unevenly and lifts out from the 3d printer bed, is known as warping. Warping is very common in 3d printing but, knowing how to stop warping is so important. 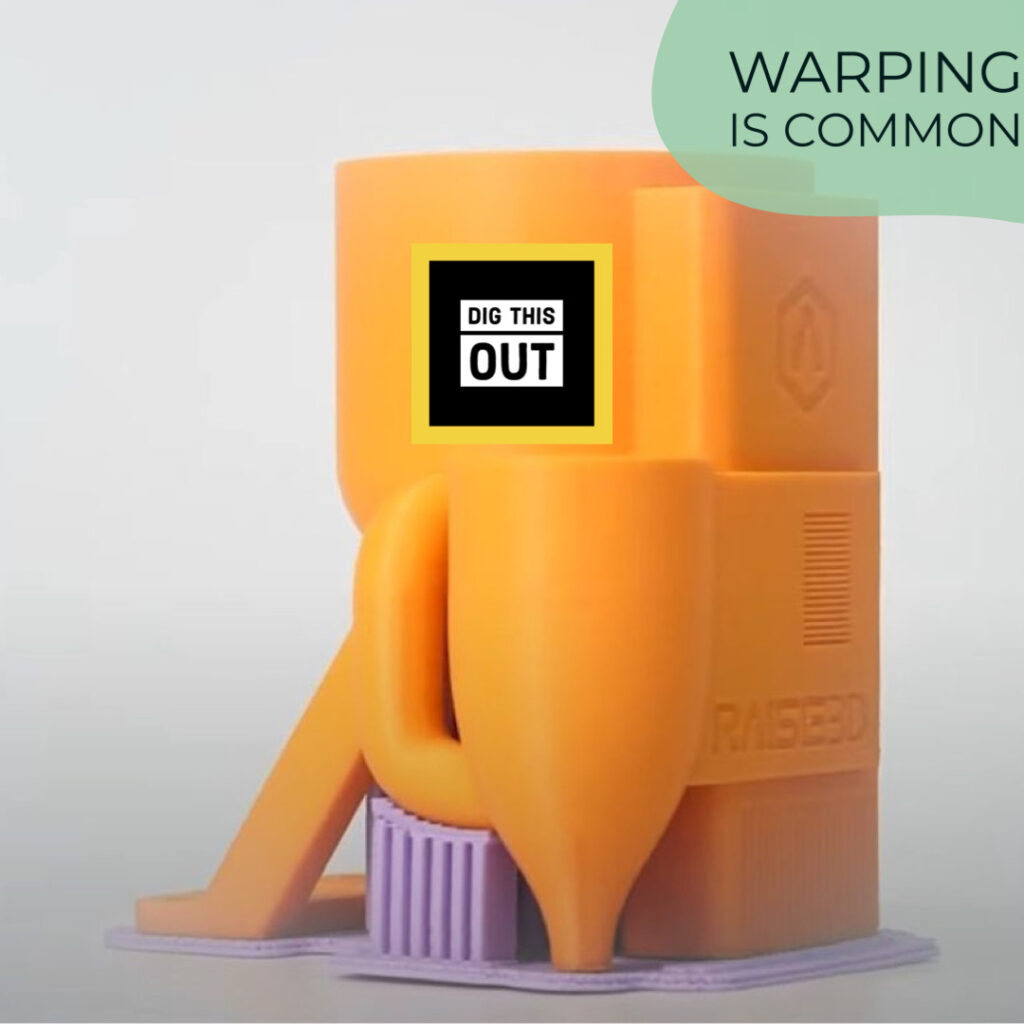 Here’s how you can stop warping

Elephant’s foot is a 3d pritnging terminology mainly related with FDM printers. It happens when some or first few layers become wider than the following layers. But, why the problem happens?

In most of the cases it happens due to strong ephasisze from the nozzle to push first few layers into print bed.

Bed levelling can fix this issue. Also, setting an approproate print bed temperature along with cooling fan speed helps to mitigate such issues.

One of these represents a single line and with the combination of three, it creates a three dimensional space. Usually X and Y axes closely associates with moving front, bak, left and right. The Z axes works vertically according to the design.

Filament is the raw material of FDM printers. There are many kinds of 3d printing filaments such as Pla, PETG, ABS etc. Here’s is a quick comparison of PLA & PBT that we have published in another article.

The most popular 3d printing material is PLA but, it has lesser resistance and strength.

However, the ABS and PETG is more stronger to print harder 3d prints.

This is the language of a 3d printer and also for most of the CNC machines. G COde mainly communicates design with the 3d printer to get the proper output. For instance, the G COde – G1 commands the 3d printer to move its extruder through a particular point.

As an intermidiate user, you may not need to have a very good command of G Code. 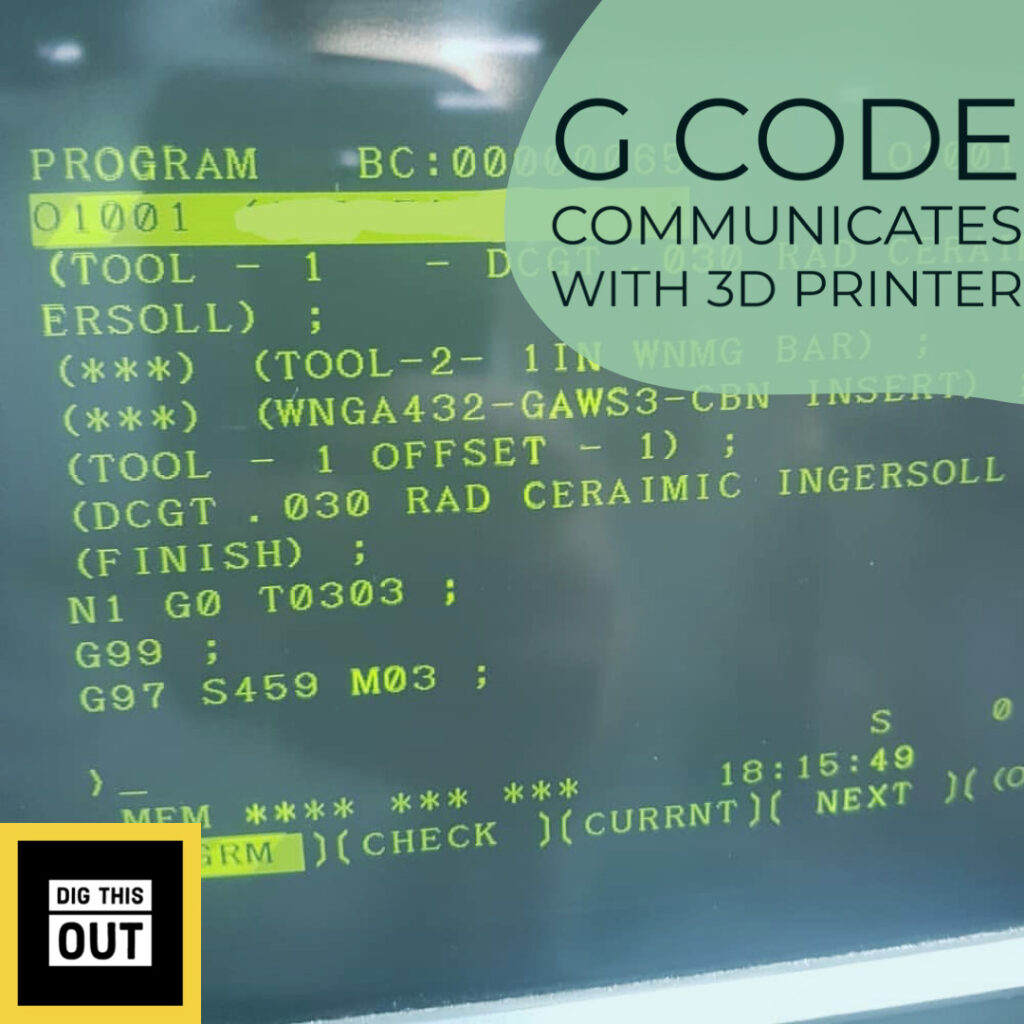 FDM printers do not need any FEP sheets but the others do.

RepRap is also known as Replicating Rapid Prototyper. This is a concept (from England, 2005) worked to develop low cost 3d printers.

RepRap projectc helped booming 3d printer industry after inventing Prusa i3 and other models. However, today’s RepRap aims to define so many things that was a prt of RepRap project during that time in mid 2000.

Firmware is the combination of the software and hardware of a 3d printer. Firmware reads the G Code and helps the printer to work in line with the 3d design and G Code instructions.

Layer cure term identifies the time needed for each layer to Cure through the UV light. This 3d printing term associates with the SLA printers. However, layer cure time can easily be modified with the Slicer.

Layer height defines the height of each layer of the 3d print. if there are too many layers, the unpolished look will be less visible. For example, resin printer convert all ylayers into a single layer through it’s UV light & heat. That is why the resin prints look so amazing.

A slicer is the computer prrogram that converts the 3d print design from CAD model to 3d printers own language. So that, the prointer’s interface and G Code work together.

There are open source (common slicer) for some printers but, some 3d printers have their own slicer.

For example, Makerbot & Creality have their own slicer.

STL & OBJ are the most common 3d design file type. These files can easily gets compatible with any types of 3d printers available in the market.

You may need to cut some edge, or build the seperately print parts together.

Also, some people make some heat treatment to make the 3d prints stronger. Electrplating is also an example of post processing. To make a 3d print waterproof, check this out.

Retraction mainly refers to reversing the direction of the extruder. Retraction prevents stringing the filaments. You will have the freedom to adjust the retraction settings from the slicer.

Raft is the platform of which a 3d part is printed. 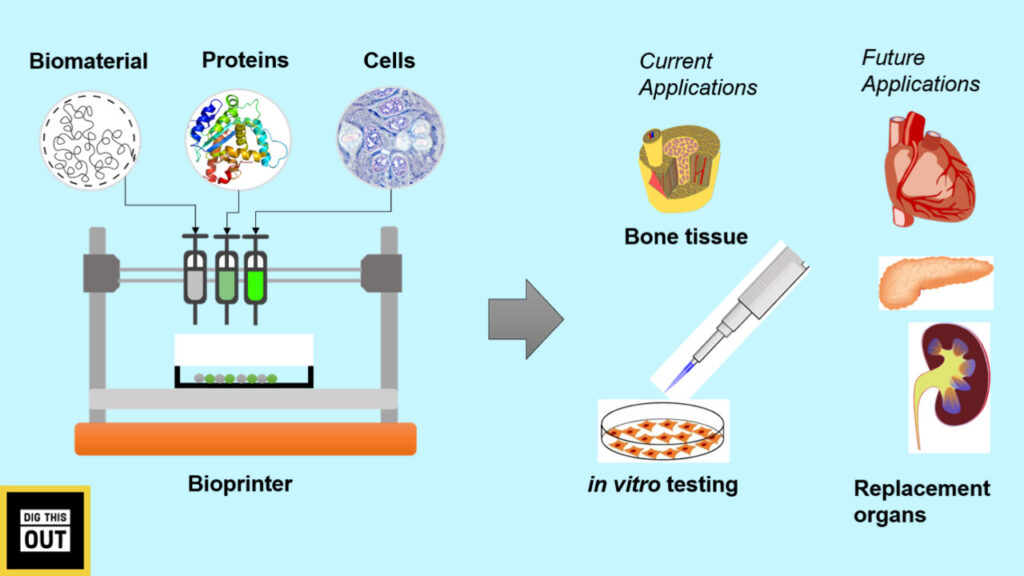 Bioink is the raw material for 3d bio printers that works through syringe based extrusion system. Like the other FDM and Resin printers, the bioprinter also works on a layer-by-layer approach. instead of plastic filament or resin, it uses bioink to make tissues within the live object. It estimates adding value to the bioengineering and tissue engineering field with great hope of drug and cell development.

This term refers to 3d bioprinters. The main advantage of this extrusion type is that you can have proper control over the flow of bioinks. There are other types of bioprinting extrusion systems.

These were the 3d print terms and vocabularies that we encounter each day. Our primary intention was to make those terminologies familiar to you. We will try to make an in-depth article on each section later.

Please let us know if anything is not in the list. 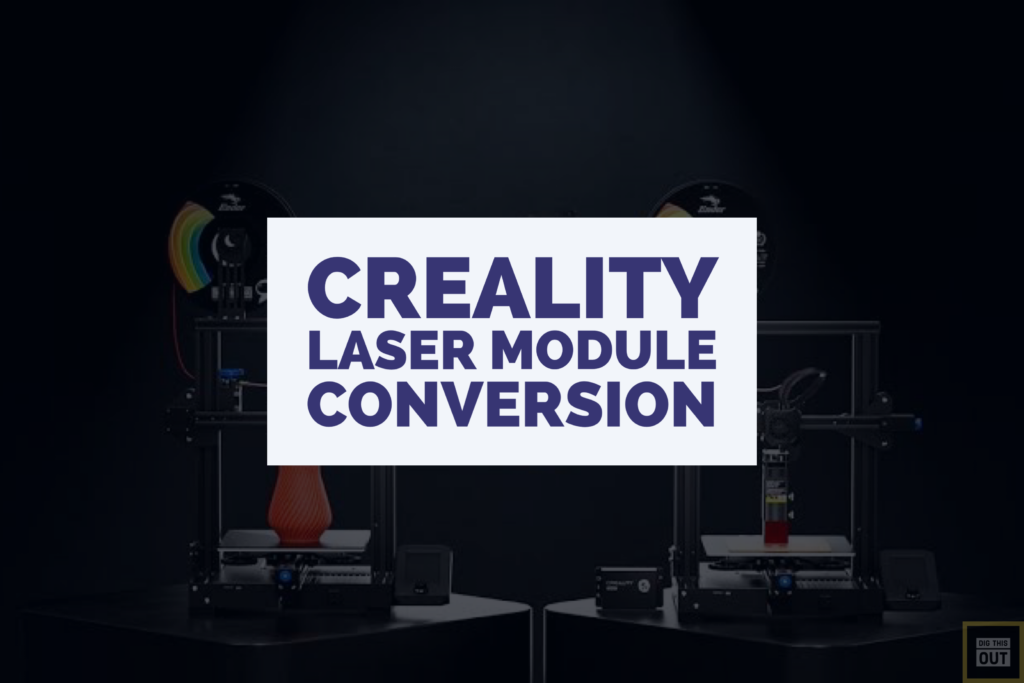 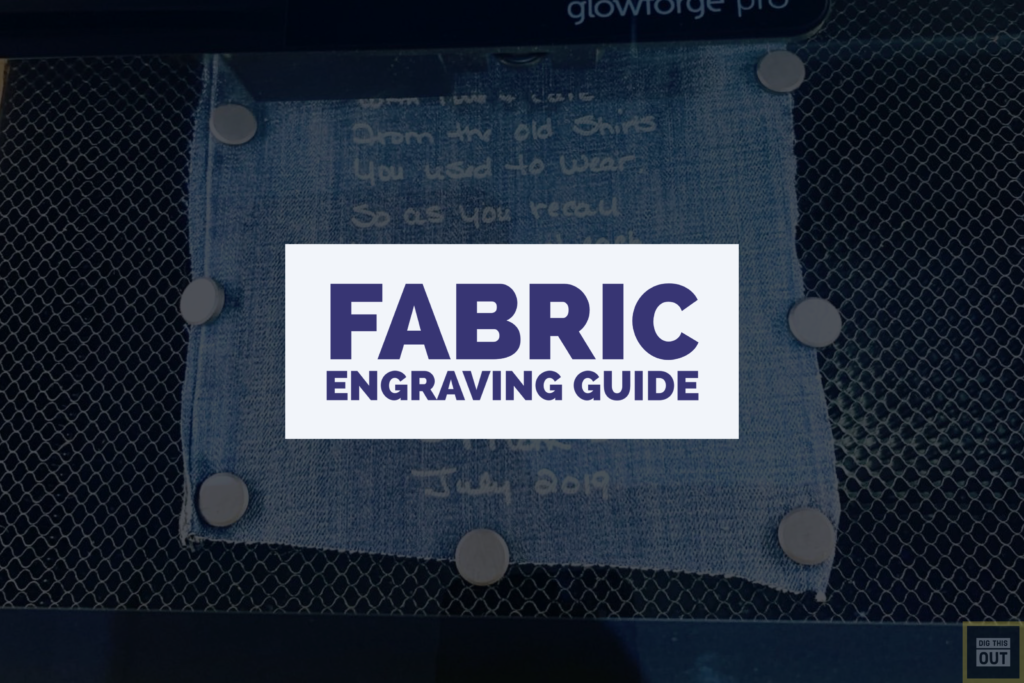 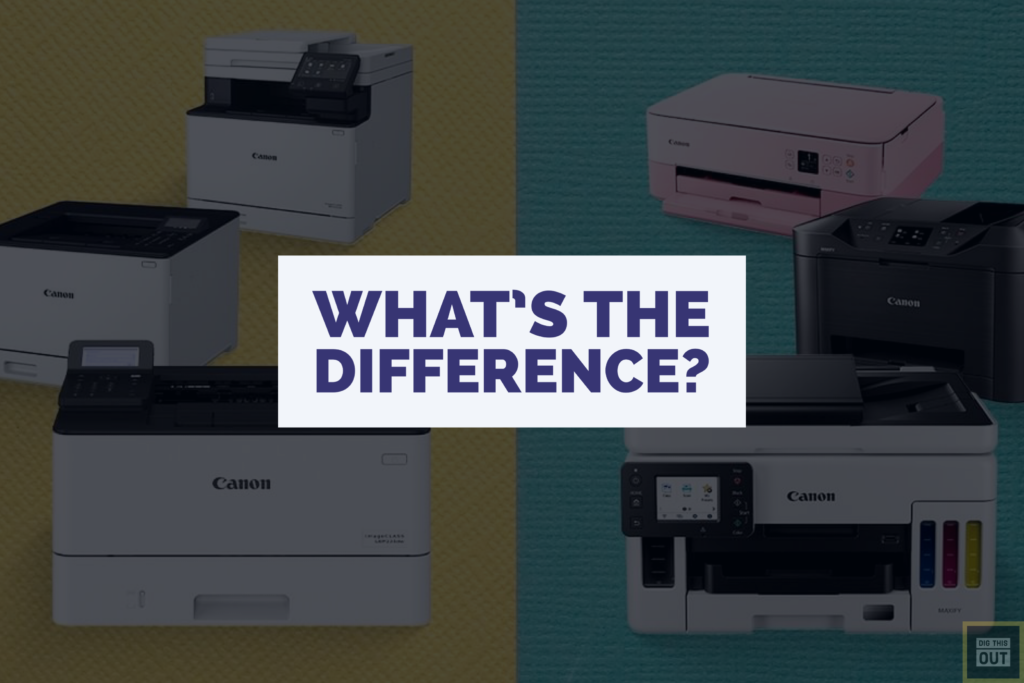